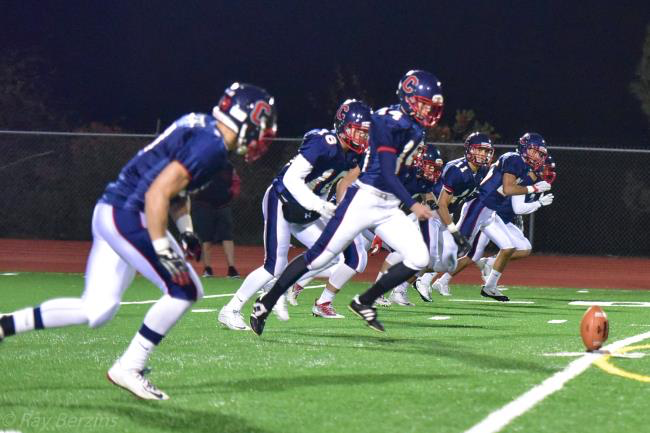 Ukiah took an early 7-0 lead on host Campolindo Friday night, scoring with less than four minutes remaining in the opening quarter, but the Cougars roared back with 48 unanswered points to reach their third straight section title game.

Campo tied the game on a five-yard scoring run by Shun Ishida, just over a minute later, starting the string of points for the Cougars, who now await the winner of the Granada at Windsor game on Saturday night.

Short-yardage fullback Branden Bocobo gave Campolindo its first lead of the game with his two-yard scoring run late in the second quarter, and Jacob Westphal gave the Cougars some breathing room heading into halftime, when he hit Kannah Cruickshank for the 19-yard touchdown with eight seconds left in the second quarter.

A 24-point third quarter effectively ended any hope for a Ukiah comeback, as Bocobo added his second rushing score of the night, Matty Ringquist scored on the ground, and Paul Gannett recovered a blocked punt for a touchdown. Seppi Ortman added a 42-yard field goal before the end of third quarter to ensure a running clock for the final 12 minutes.

The final points of the game were scored on a 31-yard field goal by Ortman. Westphal finished the game with 218 yards on 15-of-24 passing, with the one touchdown to Cruickshank.