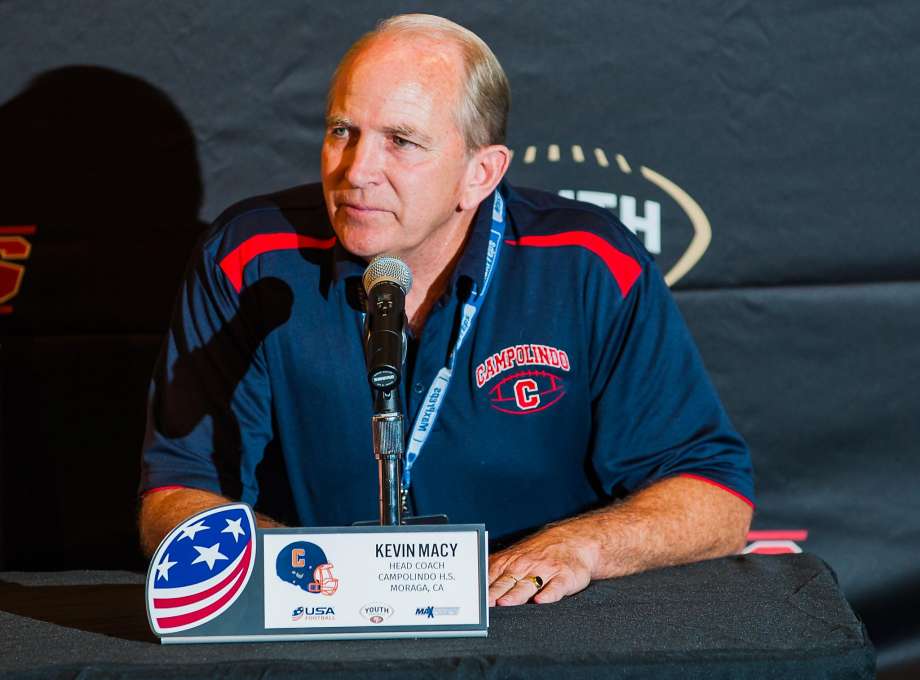 Campolindo-Moraga finished another banner season with a 31-7 4-AA state title win at Bakersfield Christian. The Cougars, with a thin roster but an experienced quarterback, won 10 of their last 11 games to finish 12-3 and have gone 77-9 over their past six seasons, with two state crowns.

“We started a little slow because we played a really tough schedule and people sort of panicked,” Campolindo coach Kevin Macy said. “Not the players, but some of the people in the community thought we were falling apart.”

The Cougars, who have boasted just one FBS scholarship player from the program during that six-year stretch (tight end Tyler Petite to USC), don’t figure to match that kind of success this season.

Then again, they’ve exceeded expectations before. This year they’ll throw John Torchio, an All-Metro safety, into the quarterback spot to replace All-Metro Jacob Westphal, a two-year starter who threw for more than 5,900 yards and 65 touchdowns.

Torchio, a 6-foot-2, 210-pound incoming senior, is a superb athlete — he also played receiver and kicked for the Cougars last year — but quarterback is largely a new position for him.

“This is a drastic measure for sure,” Macy said. “But he’s a smart kid and a good athlete. We’ll see how it works.”

Torchio is confident in his own and the team’s abilities. But none of the success over the years has come by magic.

“People around campus just sort of expect us to go (to the state championship) every year,” Torchio said. “But it really isn’t that easy. People don’t realize how hard it is.”