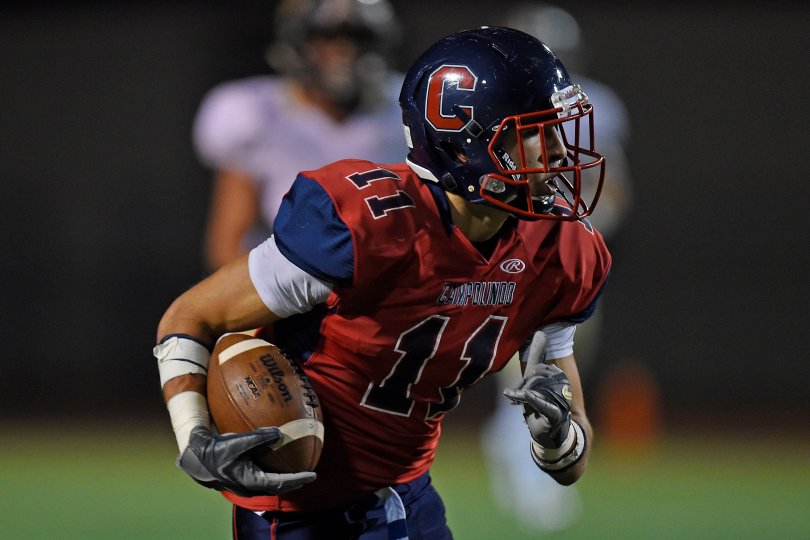 Storylines: Campolindo is back in a state championship bowl game for the third consecutive season. The Cougars won a championship in 2014 and lost in a final last year … Bakersfield Christian — Raiders QB Derek Carr’s old school — is coached by Carr’s brothers, head coach Darren and offensive coordinator David, the NFL’s No. 1 overall pick in 2002. … Bakersfield Christian opened its season with a 44-21 loss to Garces-Bakersfield and hasn’t looked back since. … Its season nearly ended last week, but BC stormed back from a 21-7 halftime deficit to win 28-27 at Selma in the SoCal 4-AA title game. … BC’s Braden Wingle has thrown for 4,238 yards and 45 touchdowns but was held to 183 yards passing, with two TDs, in the win at Selma … Campolindo has sizzled since a one-sided loss to North Coast Section power Clayton Valley Charter to close the regular season. … The Cougars cruised through three NCS Division II playoff games to win a section title and then went to Salinas last week and beat Palma 30-21 to win a NorCal title. … Jacob Westphal threw for 402 yards and two TDs in the win over Palma, pushing his season totals to 3,522 yards and 26 TDs.