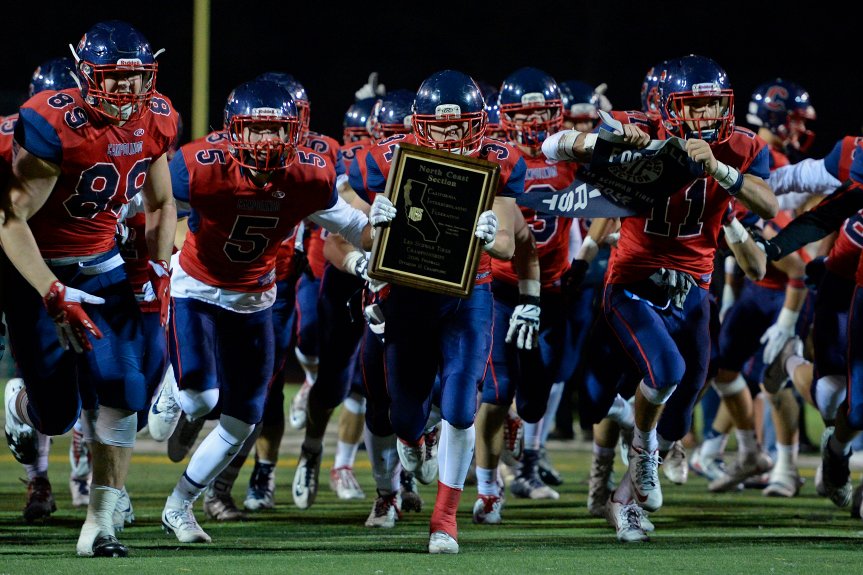 The Cougars (10-3) won Division III the previous two years before moving up to stiffer competition. The Cougars will now await word on whom they will play in the California Interscholastic Federation North Regional playoffs. The announcement is Sunday.

“When we lost some games early on in the season against some top-notch teams, some were doubting we can win it all again,” Westphal said. “We used those losses as a stepping stone down the stretch.”

Westphal connected on scoring strikes of seven yards to John Torchio and eight yards to Vincent Mossotti to erase a 13-6 deficit and take a seven-point lead.

The second half was all Cougars as they scored two touchdowns in a span of two minutes to take a commanding 34-13 lead. Westphal marched the Cougars 78 yards in 10 plays and found Raymond Berzins for a six-yard scoring play in the back of the end zone on their first possession of the second half.

Windsor then turned the ball over on a fumble on its next possession and Campolindo used a trick play to score quickly.

Westphal threw a backwards pass to Torchio in the right flat, and Torchio found a wide-open Lev Garcia for a 53-yard touchdown that extended the Cougars lead in the third. When Torchio wasn’t throwing passes, he hauled in seven receptions for 85 yards.

The Jaguars (9-4) tried to get back into it when Kobe Roman connected with Jorgen Sarganis for a 11-yard scoring play with seven seconds left in the third.

Campolindo responded when the Westphal-to-Torchio connection made its move again, this time from 19 yards out. The Cougars cruised the rest of the way.

“We had some jitters early one but we calmed down and made the plays when we had to,” Torchio said.

Garcia caught four balls for 118 yards and Mossotti added five receptions for 101 yards. Roman finished with 213 yards and two scores on 11 for 18 passing.