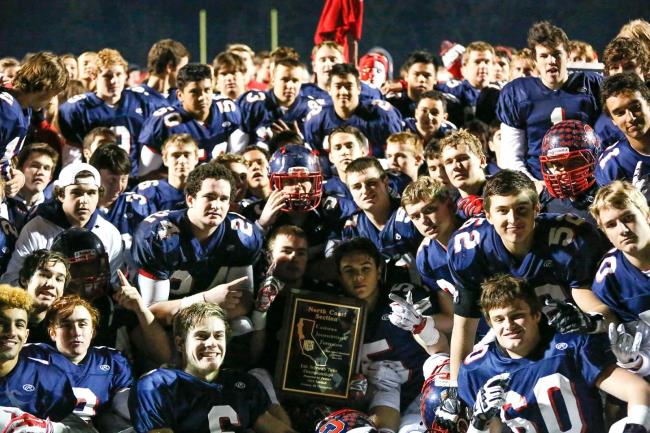 The six teams which will comprise the Valley Conference for football are Acalanes, Clayton Valley, Campolindo, Concord, Las Lomas, and Miramonte. This group of six teams includes a pair of two-time defending section champions and state finalists (Clayton Valley and Campolindo), plus a Miramonte team that won 11 games last season and returns quarterback Tim Tague. Throw in the fact that Concord has been to back-to-back Division II title games, and it’s no secret that this is a loaded conference.

“It’s definitely going to be tougher with the additional teams coming in,” said Clayton Valley coach Tim Murphy, whose team returns standout running back Akeal Lalaind and lineman Jalen McKenzie after falling in each of the last two state title games. “Miramonte is the only team to beat us at home since I’ve been at Clayton Valley, and Campo always has good teams, especially recently. Each week will be more of a challenge, but I know our seniors don’t want to be the first class to lose a league game, so they have a little extra pressure on them.”

Murphy went on to describe the new alignment as a “league change that needed to happen” and something the Ugly Eagles are looking forward to this season. Not every school and coaching staff shares his enthusiasm or viewpoint on the matter, however.

“I’m not much of a fan of anything that is going on in football right now,” said Campolindo coach Kevin Macy. “The powers that be hide behind player safety in breath, and then manipulate leagues and playoffs, and then cloak themselves in competitive equity.”

Despite Macy’s sentiments towards the new alignment and legislation in high school football, however, he also has insisted in the past that his team will approach each game the same, with focused preparation and tremendous effort on the field. For the past two seasons, that has resulted in NCS titles and berths in state title games. With the return of quarterback Jacob Westphal, and other standouts such as Ray Berzins, Niki Moore, Matt Ringquist, and Kannah Cruickshank, the Cougars will no doubt be a force regardless of league placement.

Concord was one of the most improved teams on the field at the end of last season, and returns quarterback Nick Nunez for his junior campaign. The Minutemen are pretty familiar with the expectations in front of them.

“I’ve coached with or against a lot of the clubs in the new division,” Concord coach Mark Bywater said. “I have nothing but respect for those programs. Our preseason, coupled with our new league, is going to be challenging and we are looking forward to it.”

All eyes will certainly be on the Valley conference when league play starts October 7. Clayton Valley plays at Miramonte in the league’s first weekend of action, and the annual Claycord Cup battle between Clayton Valley and Concord occurs on October 14. The final two weekends also have potentially big match-ups with Concord at Miramonte on October 28, and Campolindo traveling to Clayton Valley to finish the regular season on November 4.

The six teams which will comprise the Foothill conference for football are Alhambra, Berean Christian, College Park, Mt. Diablo, Northgate, and Ygnacio Valley. Berean Christian has by far the smallest enrollment, but the Eagles reached the Division V title game last year, and have the talent at the skill positions – including Washington State commit Isaiah Hodgins – to compete with any program in the area.

Alhambra, meanwhile, finished tied for third in the DFAL last season, while Northgate and College Park finished in the middle of the DVAL standings. For programs such as Ygnacio Valley and Mt. Diablo, the change represents a chance to compete for the ultimate prize.

“I believe this gives every program the opportunity to compete and build school pride once again,” said Ygnacio Valley coach Phillip Puentes. “With the league being cycled every two years, it allows us to push our kids to work to get back into the top-tier league.”

For a school like Berean Christian, which moves from the TCAL-Stone division last season into the DAL, the new league represents an opportunity to face increased competition, in preparation for another run into the post-season.

“This represents the quality step up in play that we want to take,” said Berean Christian coach James Hodgins, whose Eagles lost to St. Bernard’s-Eureka in last year’s Division V title game.

Northgate has reached the playoffs in each of the last four years, having won 19 games between the 2012 and 2013 seasons. Alhambra has won its first round playoff game in each of the last two seasons, narrowly falling to Bishop O’Dowd in last year’s quarterfinals.